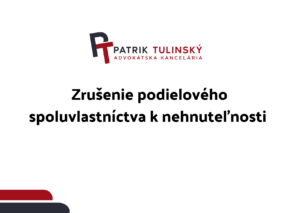 The most elegant way to settle co-ownership is a written agreement to abolish co-ownership.

You can find out the individual owners from the title deed – even with their addresses. Then send them a letter of invitation to those addresses.

If one of the owners does not agree to the cancellation of co-ownership, or the owners are not known – you have the opportunity to file a lawsuit to cancel the co-ownership (this is nothing to worry about). The court will appoint a guardian for the unknown owner – in practice it is usually the Slovak Land Fund.

The co-owners are often worried that they will lose the property. In such cases, explain to them that the abolition of co-ownership will not leave them cut short. The Civil Code stipulates an obligation to settle.

There are 3 ways in which a revoked co-ownership is settled:

Land is divided by a geometric plan according to individual shares – but this is only possible if the division is in fact possible (it takes into account the access roads, infrastructure, whether or not such division will devalue the land, etc.). This method of settlement is common in the case of larger plots of land – with more accesses and with a smaller number of co-owners (it will be difficult to divide the plot of land by someone who has, for example, id. 9/360 of the plot).
the most common way of settlement (and the most preferred for me) is to order all co-ownership shares into the ownership of one co-owner, for financial compensation. In other words, all land is acquired by one of the co-owners, who “pays off” the others. The price is usually determined either by the expert opinion of 2-3 realtors or more often by an expert opinion. In this case, however, you must take into account that more people can claim ownership. In such a case, the court then assesses to whom it commands ownership of the land (assessing details such as family ties, emotional ties, distance from home, land maintenance options, etc.). In case of unknown owners – it is paid to the SPF account.
the last, least likely way of settlement is the sale of land at auction. This method only occurs if no co-owner is interested in the land.

In any case, no one can force you to stay in co-ownership. This means that if you do not reach an agreement with the co-owners and file a lawsuit, the court will always cancel the co-ownership and always decide on one of the above-mentioned methods of settlement. However, the court is not bound by your proposal and can decide on the method of settlement at will (ie you can propose to order the land in your possession and the court may consider it more appropriate to divide it or vice versa).

Of course, I would prefer an out-of-court written agreement because of court fees. In some cases (where dead owners are registered), this will not be possible, as we will probably not even know the heirs. There is nothing left but a lawsuit.

In case of any problems with co-ownership, do not hesitate to contact me.

Next§ 353 of the Criminal Code – Endangerment of confidential fact and reserved fact. Monika Tódová and Konštantín Čikovský were accused of itNext

6 REASONS TO AUTHORIZE THE AGREEMENT

HOW TO DEBT MONEY FROM THE DEBTOR?

§ 353 of the Criminal Code – Endangerment of confidential fact and reserved fact. Monika Tódová and Konštantín Čikovský were accused of it 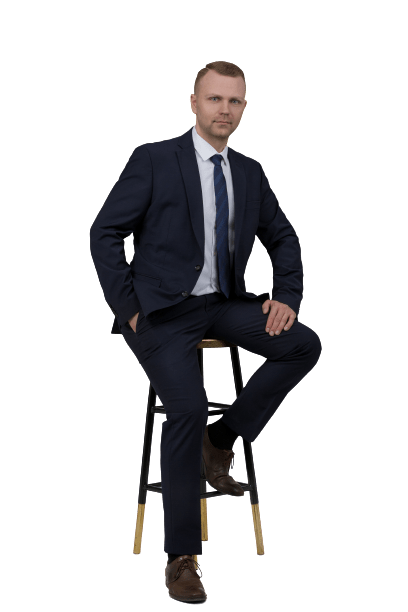 Initial free consultation lasting max. 25-30 minutes to get me into trouble with which you need help. I will introduce you to the possibilities of the solution and the conditions of cooperation.